A: YOU PAY FOR YOUR CAR INSURANCE EVERY MONTH, BUT DO YOU KNOW WHAT YOUR COVERAGE MEANS OR WHAT DOES IT ACTUALLY COVER?

Did you know that 1 out of 6 drivers in the state of Colorado are uninsured? Did you also know that the majority of drivers on the road carry a liability only auto insurance? Some of you might be petrified from this thought and some might be asking: "How does it impact me as a driver?"

It simply kills me to see some of the clients of our law firm suffer from financial stress and uncertainty on top of the injuries and pain they have to deal with after an auto accident. Most the stress is the result of not understanding what coverage to choose and the reasons for needing it. Most of us start to realize the importance of it only when we actually need to use that coverage.

Here is my attempt to put this complex system with its provisions and exclusions in the simplest form:

This is an absolute minimum policy you could possibly purchase for your car insurance and of course it's the cheapest. In the state of Colorado a liability only policy has limits of 25/50/15. This means that by purchasing this policy you are insuring the OTHER driver for up to $25,000.00 per person for their bodily injury expenses and pain and suffering and up to $50,000.00 per vehicle. For example, if you hit somebody who was driving alone - that driver can receive up to $25,000.00, if you hit a vehicle that had two people in it - they can receive up to $50,000.00, if you hit a vehicle with 2 or more people in it - they can still receive only up to $50,000.00. Additionally, you are covering them for up to $15,000.00 in property damage (their car repairs) in case the accident was your fault.

This is all in case the accident is YOUR fault. If it is THE OTHER DRIVER'S fault you just have to pray that you didn't just get hit by 1 out of 6 uninsured drivers that are out there, or that if you got hit by another liability only insurance carrier, that the $25,000.00 will be enough to cover all of your damages and that your car repairs are worth less than $15,000.00. Otherwise, you are out of luck.

Notice I put this term in quotation marks. This is the-most misleading term I hear from our clients and some of my dear friends. What does Full Coverage mean? To put it simply, full coverage can mean that you have purchased a property damage protection for your vehicle, such as Comprehensive coverage in addition to your essentially liability only coverage. However, it could be a number of other coverages that you have purchased to protect yourself, and I am not even talking about the limits that you purchased, which matter. Some limits are so small that you might as well not have that coverage all together.

Let me inform you that I am NOT an insurance salesperson and I do NOT benefit from the coverage you purchase or from the insurance company you chose to insure with. However, after working in this industry for many years, here is what I think full coverage should mean:

(Please note that the limits listed are, in my opinion, absolute minimum limits you should have. If you can afford more - buy more!)

As you can see there is a lot more that goes into the concept of "Full Coverage". Look at your policy today and if you have any questions call me at 303-377-3474 and I will schedule a time for you to come in and have your policy reviewed for free!! 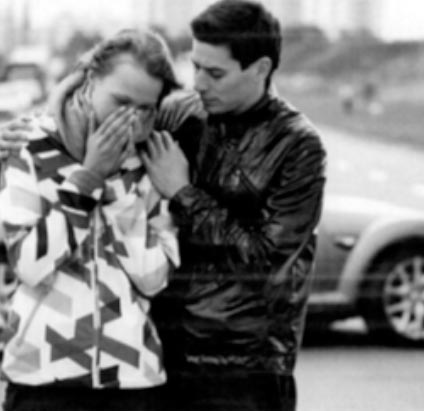 A: Why every driver needs to have Uninsured Motorist and Medical Payments Coverage

When searching for car insurance the first priority on most people's mind is the cost of the coverage but not the actual details of the policy and the type of protection it provides. Not all insurance policies are created equal. Dropping certain important coverage for the sake of saving a few dollars can cost hundreds of thousands of dollars in the long run.

What is uninsured/ underinsured motorist coverage and why does everyone need it?

Uninsured/Underinsured motorist coverage provides you with benefits in the event that you are involved in an accident and the at fault driver either does not have any insurance or has such low limits that they will not pay for all of your expenses. In Colorado almost one out of every five drivers is uninsured. If you are involved in an accident with an uninsured driver and you do not have uninsured motorist coverage it impossible for your to recover any of the losses that you sustained from the accident, whether it is medical bills, lost wages, pain and suffering or any other expenses associated with the accident.

It is also very important to understand the concept of an underinsured driver. In Colorado the legal minimum limits for an insurance policy are $25,000 per person and 50,000 per vehicle for bodily injury. There is a separate minimum of $15,000.00 minimum limit for property damage. What does that mean for you? What this means is that even if the driver that hit you has insurance he or she may not have enough coverage to pay for all of your expenses.

A trip by ambulance to the emergency department, a stay at the emergency department and the diagnostics associated with the stay could end up being more than the $25,000 that a minimum policy affords and this is before any follow up treatment, lost wages or pain and suffering damages. If you experience traumatic injuries as a result of the accident that require extensive treatment and/or surgeries the cost of the bills could sky rocket into the hundreds of thousands of dollars. Therefore it is important to have the highest uninsured/underinsured limits that you can afford but in no event should you have a policy with less than $100,000 per person and $300,000 per vehicle limits. Unfortunately, insurance companies do not allow you to have higher uninsured/underinsured limits than your liability limits so if you have low liability limits you will need to raise them to the same amount that you want for your uninsured/underinsured limits.

What is medical payments coverage?

Medical Payments Coverage or MedPay pays your medical bills up to your coverage limit for you, your family and others riding in your vehicle in case of an accident, regardless of who's at fault. Your medical payments coverage moves with you (walking, riding with a friend or on public transportation, in­state or out), as well as with your insured vehicles, regardless of who's driving. It carries no deductible or co-pay.

If you're injured in an accident that another insured driver caused, it can take month$ for their car insurance company to pay your medical bills. Sure, your health insurance may pay, but many of us carry high deductibles and co-pays that can stretch our finances to the breaking point before the insurance settlement with the other driver closes.

Unlike liability coverage, MedPay policy limits do not refer to the total available coverage, but instead to the amount available to each covered injured individual. That means if you, your spouse and your two children were injured in an auto accident, each of you could collect the limit amount on your $5,000 MedPay coverage for a total of $20,000.

As with uninsured motorist coverage you should buy the highest amount of MedPay coverage that your insurance company offers and that you can afford but in no instance should you waive the $5,000 minimum coverage that is automatically applied to every policy. The premium for med pay is so small, often only a few dollars per month for a $10,000 limit that the benefits you would receive from one claim would be enough to offset decades of payments.

Here at The Denver Firm we see cases where the at-fault-driver was uninsured or underinsured on a very consistent basis. An example that comes to mind is an individual who was rear-ended at a very high rate of speed, we will call him John. John was rear ended by Steve at an extremely high rate of speed. John was seriously injured as a result of the accident and was rushed to the emergency room by ambulance. In the emergency room John underwent X-Rays and CT Scans. John was scheduled for surgery due to his injuries. John spent three days in the hospital recovering from his injuries.

Unfortunately for John, Steve was uninsured at the time of the accident. Also, unfortunately for John, he rejected underinsured motorist coverage and medical payments coverage in his policy. John had to undergo additional surgeries throughout the next couple of months due to the severity of his injuries. He ended up with several hundred thousand dollars in medical bills. Because John did not have any uninsured motorist coverage and because the driver that hit him had no assets John had nowhere to recover the money from. Additionally, due to his injuries John was unable to work and had no income coming in during the time he was recovering from his injuries. For John the end result was the loss of his house, bankruptcy and no recovery for any of the suffering that he went through.

As you can see from the example above saving a few dollars now can have dramatic, life altering consequences for you in the future. After you are done with this article, please call your insurance agent and go over your policy. Make sure you have uninsured/underinsured motorist coverage and medical payments coverage. Make sure the limits for the uninsured/underinsured motorist coverage and Med Pay are sufficient to reasonably cover your expenses in the event of an accident. If you have any questions and if you were ever involved in the accident - call me and I will help you understand your options and get the settlement you deserve.